happy birthday to my dolls 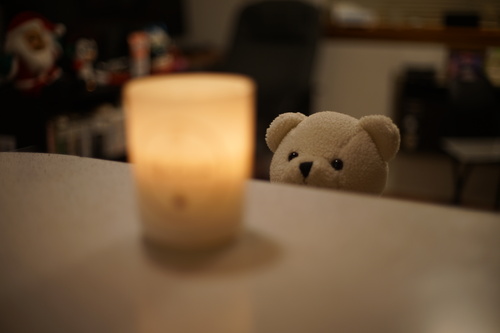 these two both had their birthdays today! verona is 12 now and kikipop is 6! i cant believe theyre so old now!! ;a; verona might be starting to develop a greeny haze, which is sad, but thats the nature of buying resin dolls. especially french resin dolls. i'll still love him even when he's green!!

iplehouse announced a very long time ago that they would replace any greened dolls for half of the original price. i dont think i would take them up on it, but i wonder if they'd even make a new louis since he's been discontinued for something like 10 years

ive been making so many felt guys... so many. i finished the second set of ryan's cats after ryan had me make a butterfly for peter. 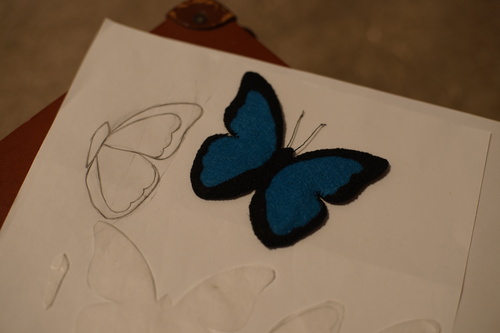 i took some pictures of it next to the sketch before adding white with fabric paint. it was so hard to cut the felt that finely. felt is not a fine detail material! 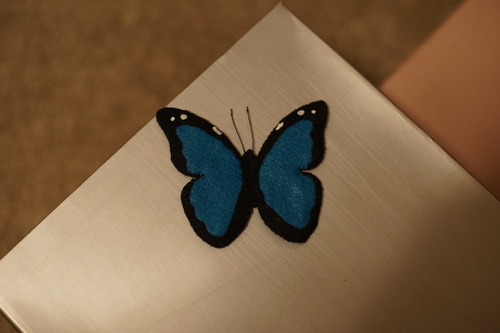 im not sure the dots and line are even. i just eyeballed it... 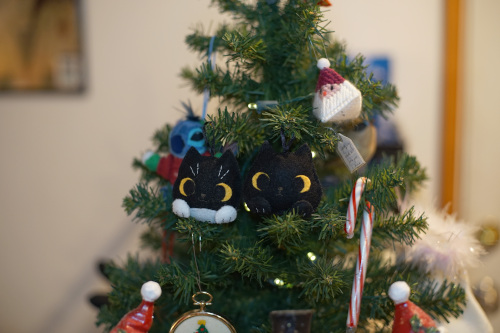 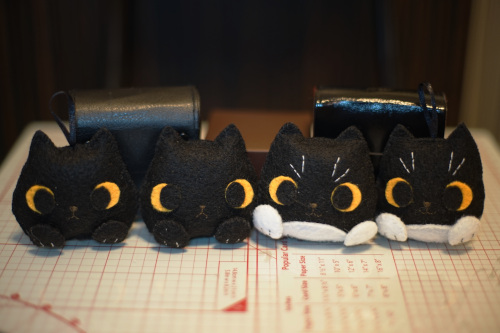 all four of the cats with the new ones on the outside. even though i made them from the same pattern they look different! I also didnt make bailey's eyes way too far apart this time... 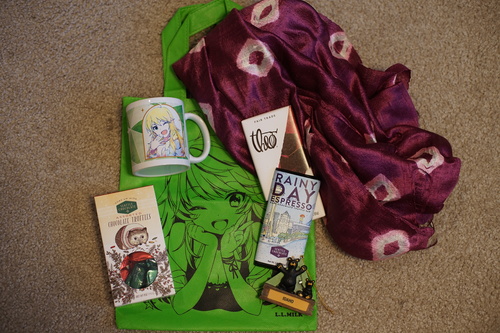 peter bought me a mikimiki mug and bag!! he also found me this beautiful scarf. i can't tell what it's made of but the fiber is a little rough. its really interesting and a nice purple color. ryan got me some chocolates and a cute little bear ornament that says idaho. in this house we pretend to be from idaho!!!

ryan also got me pokemon shining pearl but it's not in the photo. i've already been playing it way before my birthday!! i dont have many complaints about this game. if i could change anything, id give them mitten hands instead of finger hands but thats about it. 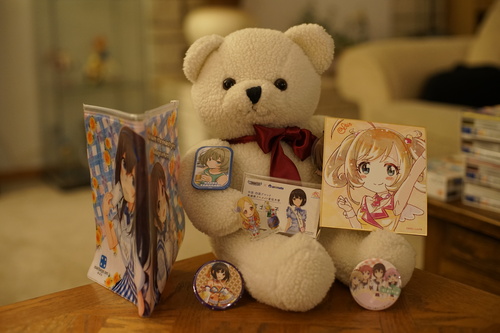 Peter got me a fumika x arisu pouch, kaede button, eggplant button and business card, hijiri acrylic figure, a blind bag (with sugar heart inside!!) and a yuru yuri pin. ryan got me this lovely bear with my birth year printed on his ribbon. we're twins! 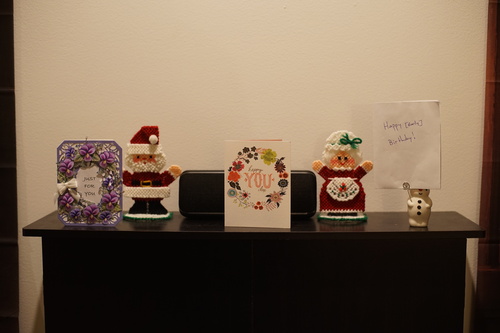 my cards!! my mom made me a lovely violet card! theres no way she didnt spend too much on that die set for anyone but me! 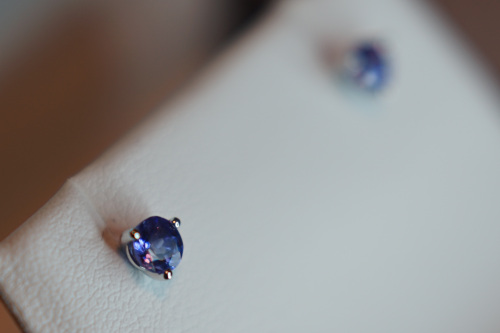 speaking of scams, i booted up deresute because ryan told me there was a nina SSR. i have like 4 10 rolls ready because i hate that game and i never used them, so i rolled for beautiful nina and i got her in the first 10 roll! she will never be used but she will live in my account until they shut down the servers. i quit that game years ago because of how frustrated i was that i coudlnt manage to roll a nina. its only $750 to spark one!

I saw a user on DoA selling their DOD BES body, saying they were going to get their boy a smaller body. I freaked out and messaged her asking if she actually found a resin match. She said she hadn't, but was going to send off a piece of him to have a company color match his head to their body. I don't know if I want to do that, since I would be terrified to lose any piece of him and also I don't generally like the bodies of the companies who are willing to resin match. I did find a google sheet of companies that will do custom colors! I'll have to look into them all some more. Maybe one has a decent body. I have no idea what DOD was thinking when they put that head on such a huge body. They're idiots and I'm an idiot for buying him!